Someone Sold Me a Stolen iPhone. What can I do to remove the Blacklist Status & iCloud Lock

There is a big risk that you have bought a stolen iPhone when using online markets such as eBay, Amazon, Craigslist, Swappa, etc.

In this article, I will show you how to avoid making the same mistake again but more importantly if there is a way to unlock a stolen iPhone instead of simply selling it for spare parts.

What drives someone to steal an iPhone?

In the overwhelming majority of cases, the thief doesn’t want the iPhone for himself but to sell it to others and of course, get cold hard cash.

This is a well-known tactic since I think that has happened to us all that a stranger has approached us on the street in order to sell something “not stolen but also in perfect condition”.

Online Markets: The easiest way to get a stolen iPhone 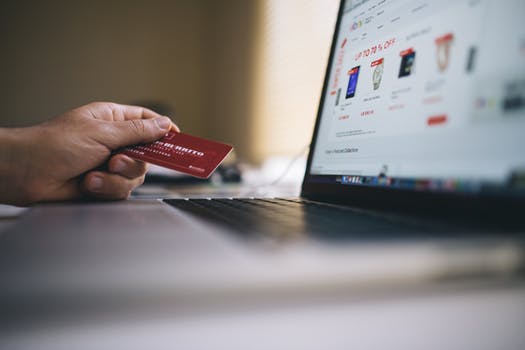 While few will make this mistake (I certainly do not), the anonymity of online shopping gives thieves the opportunity to sell you the stolen iPhone without see it coming, at least not before it’s too late.

When buying an iPhone online, whether new or second handed, you should always be very very careful.

Unfortunately, most online markets don’t know the real status of the iPhone but act as an intermediary and are based solely on the seller’s description, which is likely not the original owner.

Even Swappa, which is supposed to offer free ESN Check of an iPhone before you get it, the results are rarely accurate but mostly lacking in necessary information.

Bottom Line: If you’re an impulsive buyer that easily gets hooked at a cheap price for a used iPhone, you might end up buying a stolen iPhone.

But it doesn’t have to be this way.

How to check if an iPhone is stolen

You could have avoided buying a stolen iPhone with a Full IMEI Check Service.

Even if the stolen iPhone has already been sent to you, IMEI Check remains not just important but essential part to any unlocking attempt (as I will explain in more detail in the next sections of this post).

The iPhone IMEI number is all it takes to instantly reveal all the device status information. 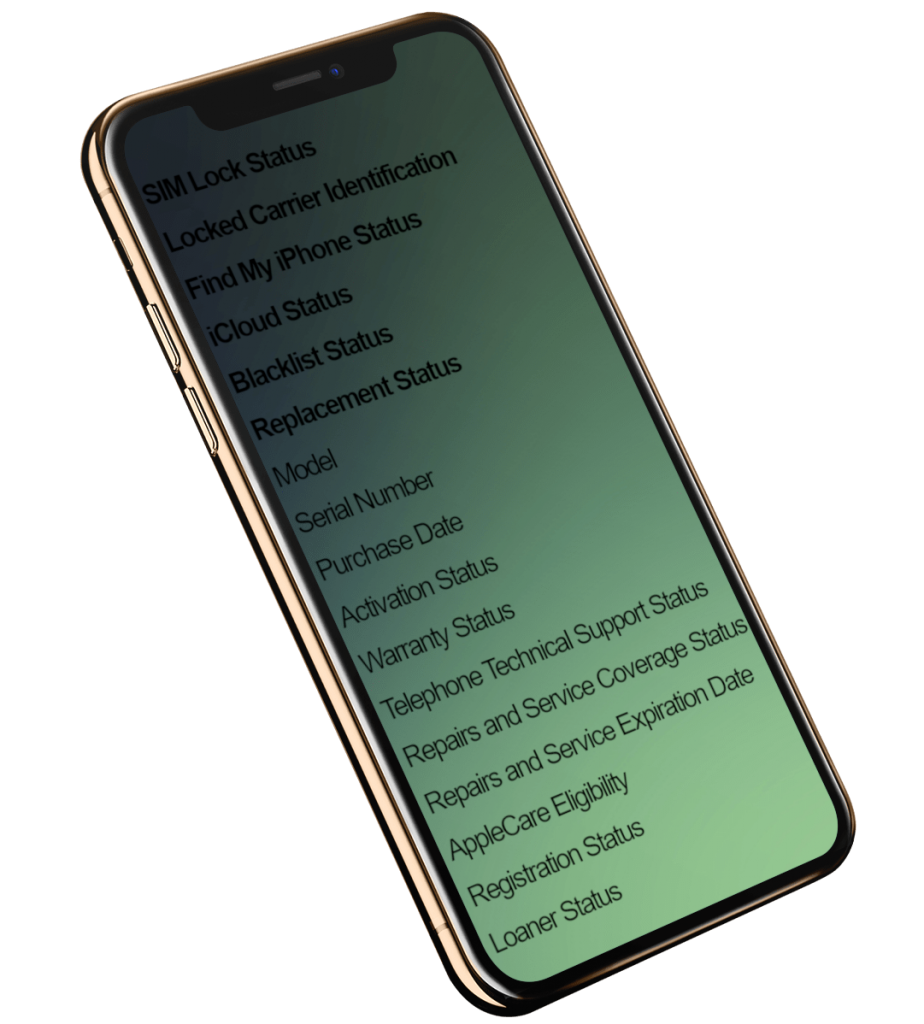 Get an IMEI Unlock Check Instantly

What to do if you bought a stolen iPhone

A used phone may have several problems with the SIM Lock being only one of them but what does it mean to us that it has been stolen?

So let’s see what it takes to unlock a stolen iPhone.

When it is iCloud Locked and it was reported as LOST

iCloud locked means that iPhone still connects to the previous owner’s iCloud account. Without original owner’s Apple ID and password, you will not be able to skip the Activate iPhone screen once you turn on the device.

What you really need to keep in mind is that as long as the iPhone remains iCloud locked, there is no way to use it even if it is unlocked in all other areas. This means that if you don’t remove the iCloud account of the previous owner then all that’s left to do is selling it for spare parts.

There are two possible reasons why you bought an iCloud locked iPhone. One is that the previous owner frankly forgot to delete the iPhone from the iCloud account before selling it.

The other reason is that it is stolen or lost which means that the iPhone you purchased is reported lost in the Apple iCloud database.

In any case, you will be facing one of the 3 Activate iPhone screens below. 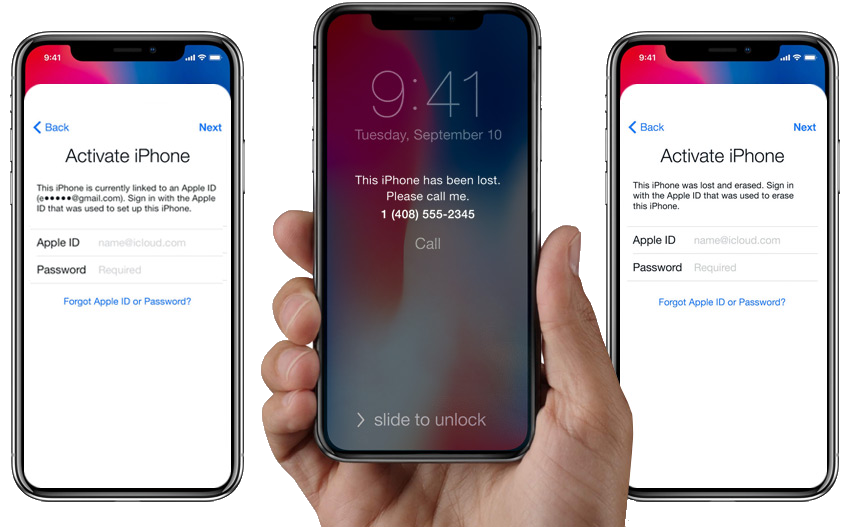 How to Bypass a stolen iPhone’s iCloud LockUpdated for 2019

So it turns out that after buying a stolen iPhone that is locked in iCloud, all that matters is its status. On several occasions, the only way to find it out is a Full IMEI Check. 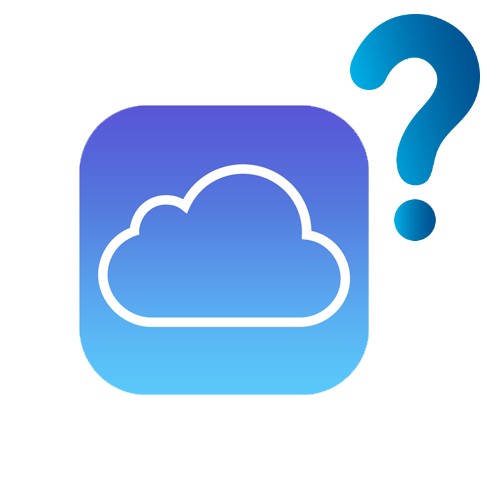 Find out the iCloud Status of the used iPhone you bought

When it is Blacklisted by a Mobile Network

If the original owner reports the theft on his Carrier, then the iPhone is automatically blocked by all national networks, and in some cases, the ban may also apply to neighboring countries.

The cleaning of a blacklisted iPhone is a special process and is not available for all networks. It is also very important if the phone is SIM locked or not, since in the first case you will need to unlock the SIM further if you don’t want to use a single network after you successfully unblacklist it.

Things are further complicated since you don’t always need to clean the blacklisted iPhone but only unlock the SIM with a Premium Factory service if of course, is available for this network depending on which countries you intend to use it.

Another striking example is the following 2 sub-cases:

For better or worse, the only way to take into account all of the factors and to determine if there is any unlocking or cleaning service for a blacklisted iPhone (and which one you really need if not both) is nothing more than the Full iPhone Unlock Check.

What happens if you buy a stolen iPhone – The Conclusion

What I would like you to keep from this article is the extreme caution you must show in every effort to unlock a stolen iPhone.

Blacklisted, iCloud Locked or both, a Full iPhone IMEI Unlock Check would have saved you from buying it, but from then on, it remains the only way to find out if there are proper services available, how many of them you will need, and how much it will cost you in the end.

I bought a stolen iPhone
I did bring it to some technicians.
They checked it and the iPhone was reported as lost/stolen and was already blacklisted

What happened when you went to the technicians? Did they sort it?

If I may step in here to help a bit.

The technicians, if they have access to GSX databases, they will be able to determine from which Mobile Network it got Blacklisted and the reason of this blacklist.

The next step is either inform you to contact the Original Owner or the Mobile Network that blacklisted this iPhone.

There is not a hardware method available to change the Blacklist status of an iPhone, only a few services (Online services that can whitelist an IMEI number) exist. You can check them at iPhoneUnlock.Zone.

I got an iPad and I tried to iCloud unlock it but after that it is showing activation lock.
I don’t know the Apple id and password so help me to unlock iPad a1416

To get your iCloud removed and deactivated, read this 2018 updated article with all available methods that will help you to remove the iCloud Lock from your iPhone/iPad.