Everything about iPhone Hardware Unlock

Hardware SIM Unlock for iPhones made its appearance back in 2008 and it was used for the first time on iPhone 2G. The first SIM Hacks were

Only Turbo SIM and XSim still exist today. iPhone Hardware Unlock has been around for quite a few years and it is the cheapest way to SIM Unlock an iPhone… or maybe not. This method was introduced near the end of the 90s and back then it was a solid solution for GSM handsets.

Smartphones and especially iPhones SIM Lock proved to be quite persistent against Hardware Unlock and pretty soon Software Unlock was the next big thing. I will show you if Hardware SIM Unlock can still bring results and which is the best way to unlock an iPhone nowadays.

I have posted this article just a few months ago and I never thought that I would find a decent iPhone Hardware Unlock Solution. I will leave the rest of the article intact in order to find out why I was so negative about this iPhone Unlock Method and I am giving you the best option right now.

At last, we found the real deal. DoctorSIM developed a new kind of iPhone Hardware Network Unlock. I am talking about a special iPhone Unlock SIM card with 95% success rate according to our tests and UltraSnow Community. The big difference between UnlockMySIM Card and everything you will read below is:

But please do me a favor and read the rest of this article to understand why I am so excited about this great product. Needless to say, I managed to unlock all 4 iPhones I used for the tests you will see below in less than 2 minutes.

Due to Apple’s recent iOS 12.2 update even UnlockMySIM Card by doctorSIM became unstable. You can no longer update the iOS or restore your iPhone without removing the current unlock status. Moreover you need to keep the UnlockMySIM v2 inside the SIM tray at all times I will update this article again in case this issue is resolved

How Carrier Unlock through Hardware works

iPhone Hardware Unlock relies on a SIM interposer which is squeezed between your SIM Tray and the SIM Card you want to use. The SIM interposer is actually a SIM Cloaking chip which spoofs your iPhone into thinking it is operating on the Mobile Network it is locked to. 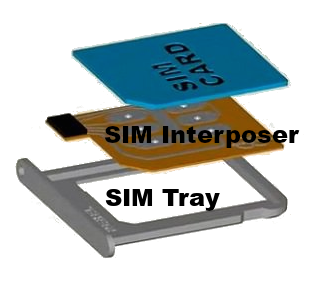 So, it is a pretty simple process and in this way, your iPhone gets unlocked but it is not a permanent solution. In fact, this method hides so many issues and it is really important to learn about them before you proceed.

Before I show you the most popular SIM Hacks you can find right now on the market, let’s take a look at their strengths and weaknesses.

Unfortunately, iPhone Hardware Unlock is problematic in so many areas. Moreover, all SIM Card Hacks suffer from all the issues you saw above.

If you are still determined to try iPhone Hardware Unlock, then these are your options. Make sure to check the requirements of the product you will use because each one supports specific iPhone models and iOS versions. In order to test the best SIM Cloaking Chips I used:

R SIM developed by RGKNSE is the most popular iPhone Unlock Hardware. Their latest release is R SIM 12 which claims to unlock all iPhone models up to iPhone X running even iOS 12. Personally, I  bought an R SIM 12 cloaking chip and tested it with an iPhone X locked on T-Mobile USA, running iOS 12. It proved to be defective so they sent me another one as a replacement pretty fast and it didn’t work. 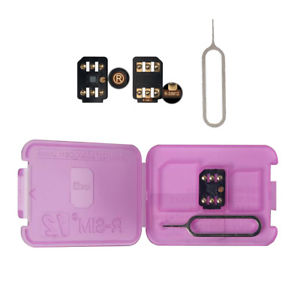 Since R SIM is so popular, I also did a second test on iPhone 6s running iOS 11.4.1 and locked to Verizon USA. This time it worked but I had huge issues with the signal and to tell you the truth I couldn’t make a call since I could not get connected or even the few times I did, the call was dropped after a couple of seconds.

GPP used iPhones made quite an impression a few years back and you can still find many iPhone 4s, 5c, 5 and 5s which are sold as GPP Unlocked online, mostly coming from Japan, Hongkong and Singapore. GPP used to be the most popular SIM spoofing tool and many companies take advantage of the name to promote their products. 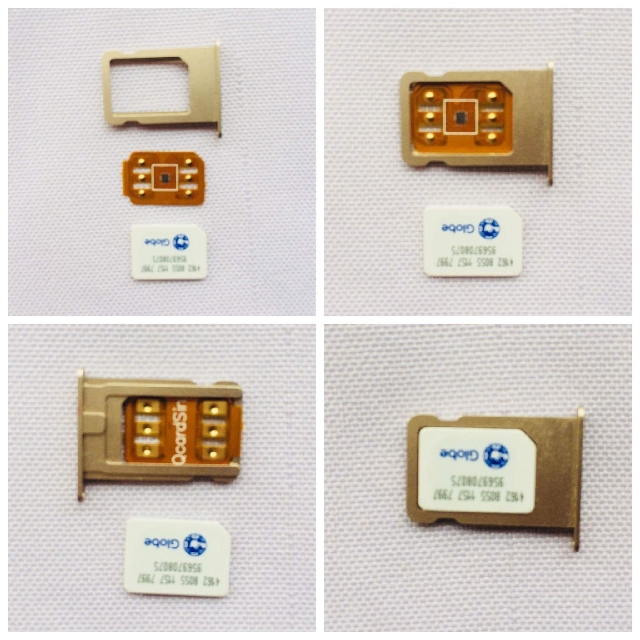 Some GPP SIM Unlock tools claim to unlock up to iPhone XS running iOS 12. I tested GPP SIM Card on iPhone 8 locked to AT&T USA, running iOS 11.4.1 and of course, it didn’t work. At least it cost me only $6.29 to prove what I already knew. So, I do not recommend it but you can use GPP to unlock an iPhone 5s iOS 10. But this is the higher you can go.

Turbo SIM was developed back in 1998 and worked in almost all GSM cellphones. But iPhones, which most of them are GSM are a whole other story. This is another example of many branding interceptions. 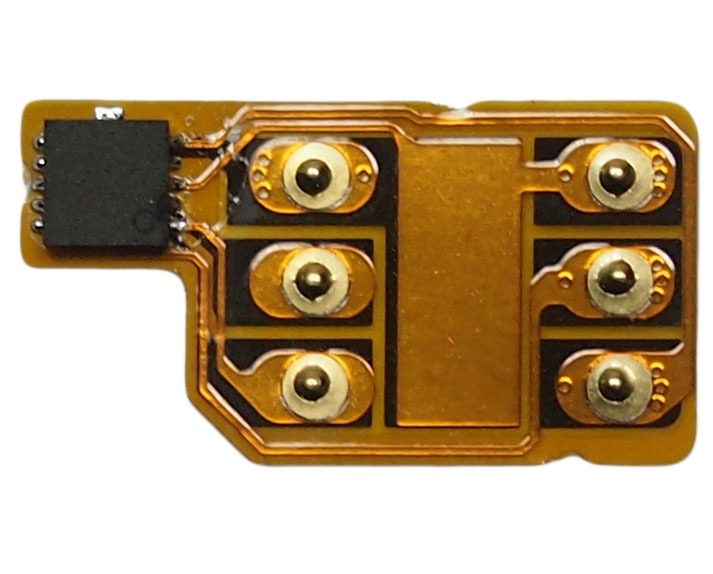 Many companies use the word TURBO SIM with big letters on their product to take advantage of its long history. Turbo SIM was used mostly on SoftBank and NTT iPhone 4s and 5. I tested it with an iPhone 5 locked to Straight Talk running iOS 10.3.3 and it didn’t work.

Gevey SIM interposer works up to iPhone 5 and iOS 10. It can also unlock iPhone 4 in all iOS versions. A friend of mine used it for many years and despite having various issues, he is still using it. I borrowed his Gevey SIM and worked on my iPhone 5. But I had to go deeper. 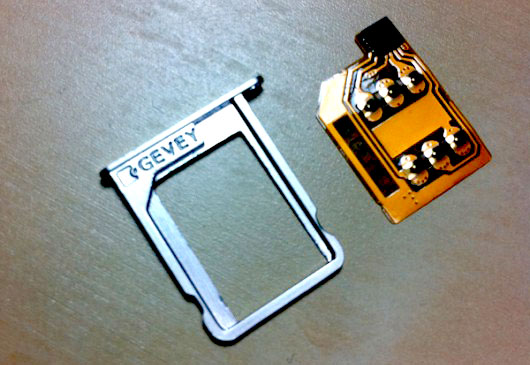 I spent $30 and bought an iPhone Hardware Unlock Gevey SIM from eBay for my iPhone X but it was defective. Thankfully, they replaced it but the second one was also defective. I didn’t repeat the process and just took my money back.

Heicard Unlock Chip claims to unlock iPhone 5s to iPhone X on iOS 11.3. I spent $12 to buy a HeicardSIM 7 and tried it with the following iDevices. 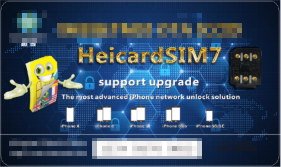 Of course, there was no point in testing iPhone X or 8.

X-SIM is another famous Hardware Unlock option for iPhones. I spent 20$ and for once more the first SIM Interposer was defective so they sent me a replacement (I had to negotiate to manage this). It worked for iPhone 6s and iPhone 5 but failed to SIM Unlock iPhone X and iPhone 8 (and I tried various iOS versions). 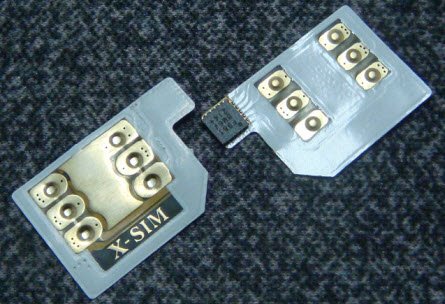 This time sound and signal were ok but I had huge problems with internet speed and text messaging. Unfortunately, Xsim destroyed iPhone 6s SIM Tray. So, it cost me way more to fix it and as a result, I can’t say the iPhone 6s was SIM Unlocked in the end.

I was never a fan of iPhone Hardware Unlock and SIM spoofing tools. I could say that since the beginning of this article because it was not the first time I encountered them. I did extensive research and testing 5 years ago and the results were similar to the ones you saw above.

Of course, I didn’t want to be biassed so I spent more than $100 to buy various spoofing tools from R-SIM & GPP to X-SIM and Turbo SIM and this is what I think. Despite remaining a cheap iPhone Unlock solution, it is still a temporary SIM Lock Bypass with huge issues and many defective products. An iPhone 6s was damaged, none of them worked with the latest iPhone models but all of them unlocked iPhone 5 with various after effects.

In my opinion, there is no reason to insist on using insufficient Hardware Unlock when you can get a SIM Lock Removal Request using the iPhone Unlock Services of the Mobile Network that is locking your iPhone with the help of SIM Unlocking experts.