Now that the iOS 8 and iPhone 6 are only a few months away to be released/announced, it is a good time to learn if you can Software, Hardware or Official Unlock iOS 8 version. You will read what is the status of all unlocking methods for iOS 8 and iPhone 6!

The three available unlocking methods are the Software, the Hardware and the Official IMEI method. All those methods have their advantages and disadvantages, so lets have a closer look to each of them.

The only way for you to make the best unlocking option for your iPhone, is to understand how those methods work and which method is the best for your situation specifically!

As a general comment, Software and Hardware methods work in a similar way, whereas the Official IMEI method works entirely different. The first two depend on the iOS/Baseband version of your iPhone, and the last one only on the carrier in which your iPhone is locked to.

Official Unlock iOS 8 – How it works? 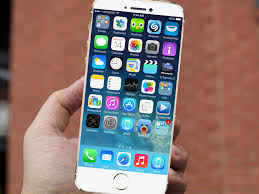 As I already mentioned, Official IMEI Unlock is not iOS/Baseband or iPhone model dependent. Its only focus is on the carrier in which your iPhone is locked to.

By providing your IMEI number to an IMEI Unlock Provider, they forward it to Apple’s databases and they mark it as unlocked. This means that you will be able to upgrade your iPhone to ANY future iOS/baseband version, without worrying to lock it again. It provides a Permanent Unlock!

How to order an Official Unlock iOS 8 version?

For now, this option is not available, for the simple reason that iOS 8 or iPhone 6 are not out yet.

After the release of the iOS 8 version, you can visit an IMEI Unlock Provider and check if they started to support an Official Unlock of iOS 8 version.

If you have any questions about Official Unlock iOS 8 version, leave as a question and we will respond you within 30 minutes.