Many of you mistakenly believe that a blocked iPhone is the same as a blacklisted. Despite some similarities, the truth is completely different.

So let’s see when an iPhone IMEI becomes blocked, what are the consequences and of course, how to unlock it.

iPhone IMEI Block: What it is

An iPhone will be blocked by the Mobile Network as soon as more than 2 contract bills are not paid off. The same goes in case of unpaid device installment plan though it’s usually included in the monthly tariff.

So, the IMEI is immediately blocked and this means you can only use this iPhone as a WiFi entertainment device until the outstanding financial balance is paid off.

To avoid misunderstandings as the term blocked iPhone is also used when someone blocks your phone number, it is common to refer to an iPhone with unpaid bills as barred.

How to unblock a network blocked iPhone

Every year, Carriers make our lives increasingly difficult while trying to stop any service that is capable of freeing us from their contract ridiculous demands. And to a certain extent, they have accomplished it.

Although there are several services for barred iPhones, we must be absolutely sure that our device meets their requirements.

Method 1: Unlock Blocked iPhone by paying off the outstanding finance

This is the most obvious choice, however, it is available only to the original iPhone owner, the person whose name is in the contract.

If you bought a used iPhone and proved to be blocked for unpaid bills then you won’t be able to pay the debt even if you are willing to do so.

Of course, in many cases, paying off the outstanding finance is too costly and so many original owners use the unblock/unbar services which follow.

Α good start is half the job. I wish I could promise you that the barred iPhone in your possession will be unlocked no matter what but unfortunately I can’t. 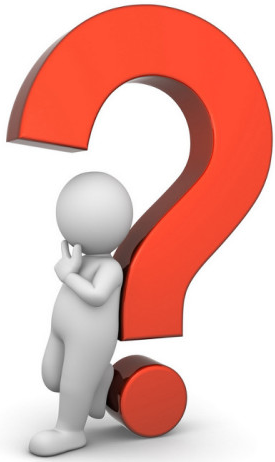 An IMEI Block Check is the only way to ensure device eligibility, availability of services as well as unlock success.

You have been warned so now we can continue with the actual services.

A Semi Premium IMEI Unlock Service will get the job done and remove the SIM Lock from a barred iPhone.

From there on, you will be able to use all GSM Networks worldwide but not the Carrier which blocked your IMEI since the outstanding finance remains.

Now, this is the biggest difference with blacklisted iPhones because SIM Unlocking one won’t let you use it inside the country it was blacklisted with any local network unless the blacklist status is removed.

Semi Premium IMEI Unlock Services are not available for all Carrier but in several cases, there is another way around.

So if you desperately want to use the blocked network or method 2 is not possible, then iPhone Unbar Service is the next choice.

In this case, the blocked status will be removed which means you will be only able to use SIM Cards from the Carrier which barred your device since it remains SIM Locked.

A typical example is US T-Mobile. While there are no Semi premium IMEI Unlock services, right now you can easily unblock the iPhone with an Unbar Service and then SIM unlock it with a special IMEI Unlock Service for outstanding finance.

I avoided talking about specific services since they can be activated or suspended at any time. Unfortunately, this is the most important issue today for iPhone Unlocking in general.

On the one hand, all IMEI Unlock services have permanent results but no one knows whether, and for how long, they are available.

This is another reason for an IMEI Block Check prior to any purchase since you are notified as soon as the service you need is restored in case it was not initially available.

Hi! I bought an iPhone 11 from third party and 2 month later it was locked by t-mobile like financial unpaid. Do you know, if I’ll be able to use this phone here or outside the USA?

If the iPhone 11 is SIM-Locked, then you will not be able to use it with other Mobile networks, including T-Mobile USA network.

If the iPhone is SIM-Unlocked, you can use it with any network you want.

I suggest doing an iPhone IMEI Unlock check, so iPhone experts can inform you the exact status of your iPhone and how to start using it again.

My husband went overseas and his back in Australia the phone has locked it self and he cant use it at all. What can we do to get it unlocked

First, from which network your iPhone 11 Pro Max is locked and what is the blacklist, financial and contract status?

If you are not 100% sure about them, I suggest getting a Complete iPhone IMEI Unlock Check. It will give you all those information and also locate any available services that can unlock your iPhone.

how do I unblock my iphone

Hey Bruce.
This is an outdated article and it will be removed soon. I suggest reading about iPhone SIM Unlock here and then ask me again if you still have questions.

My iPhone says iPhone is disabled, try again. I am 48 years old.

This is a tricky one, but there is a solution.

If your iPhone is locked, put inside a working SIM-Card (A SIM-Card of the network in which is locked to) and reboot it. It should work!

If this does not work, use a tool to put it into recovery mode (RecBoot is recommended) and then “unput” it from the recovery mode.

Let me know if that helped!