Methods to Unlock iPhone iOS 8 version – What you should avoid!

From the time between iPhone 2G and iPhone 5s, there are three available unlocking methods, the Software, the Hardware and the Official IMEI Method.

Not all those methods will be able to Unlock iPhone iOS 8 version, but we should not exclude them all yet! All three methods can be updated or get improved to support iOS 8 version and the hardware that iPhone 6 will have!

This is actually my least favorite unlocking method, because the user feedback is extremely negative. It used to support iPhone 4 and 4s, but many people reported that their unlocks did not happen, poor signal quality and sudden drops of phone-calls. This method is not free, and it involves a specially designed SIM card, which is squeezed with your original one. My recommendation is to stay away from it! 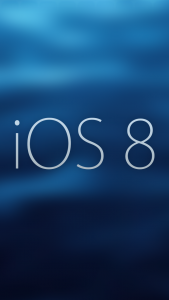 Generally, the software method has some specific requirements, because it depends on the iOS/Baseband version and the iPhone model.

For the time being, although iOS 7.1.2 version is jailbreakable, Ultrasn0w does not support it. It only supports up to iPhone 4, and iOS 6.1.6 version. We are all waiting for a big announcement from iPhone Dev-Team, let hope that they will update their Ultrasn0w tool to Unlock iPhone iOS 8 version!

This is the method that will most likely work a few days after the iOS 8 and iPhone 6 release. It is approved by both Apple and all mobile carriers worldwide, and it can provide you a permanent unlock regardless your iPhone model and iOS/baseband version.

The Official IMEI Method focuses on the carrier in which your iPhone is locked to. This means that your iPhone will stay unlocked forever, and you will enjoy all future iOS/baseband version, without locking it again!

All Supported Carriers by IMEI Method