What are the benefits of iPhone IMEI unlock? Unlocking an iPhone to be used with any carrier is something that has proven quite contentious with a lot of iPhone users worldwide. There are uncertainty around the process that it is something the average iPhone user wouldn’t want to be involved with for the fear of repercussions. To be very honest, there is nothing to be afraid of with the term unlock, that’s why we are going to take a look at some of the numerous benefits and what it means. 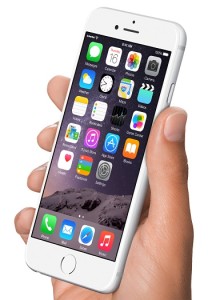 The term unlocking, when it refers to an iPhone generally refers to the process of modifying the devices’ internal software in order to allow the iPhone work on mobile networks other than its primary network. So basically, it means that limitations are removed, which were initially imposed by the carrier or mobile network on the iPhone. When these limitations are removed, this allows us to place a SIM card that is different from the official carrier’s SIM card and use it normally without limitations.

Unlocking an iPhone has never been an easy task. There have been numerous ways of removing the network limitations on an iPhone. You can unlock an iPhone using a third party software, an unlock that requires modification the iPhone’s hardware and a remote iPhone IMEI unlock.

The remote IMEI unlock is has been the only solution that is guaranteed to be permanent and official by transferring the iPhone IMEI number directly into Apple’s unlocked database.

SO there are multiple solutions for iPhone IMEI unlocks (Official Factory iPhone Unlock) is the best there is. We will take a look at the benefits and what are the benefits for using this amazing service?

In any ideal world, carriers shouldn’t put iPhone consumers through the pain of providing locked down devices. There is clearly a business need for them to have these processes in place. What you should be thankful for, is that there is a remote IMEI unlock, which is the perfect, and most cost effective solution to remove these limitations.

You can unlock your iPhone from here