iPhone AT&T Unlock – What you should know

iPhone AT&T Unlock – Everything you SHOULD know

Many online companies advertise that they can provide you an iPhone AT&T Unlock, but how you can be sure that they can actually deliver it? When it comes to online markets you need to be able to distinguish who is valid and who isn’t. In order to understand when a company can provide you an iPhone AT&T Unlock you need to know HOW an iPhone can be unlocked when it is “bound” on AT&T carrier. For a very detailed analysis you can read our article about Unlocking Information or you can get the a general idea to the following paragraph.

How an iPhone AT&T Unlock can be achieved?

The Software unlock was developed by the Hackers community, and if your iPhone has a specific iOS and baseband version, you can trick your carrier that you are using a valid SIM card (Only iPhone 2G, 3G, 3GS and 4 support it).

The Hardware unlock came after the Software unlock, but its results are not guaranteed. A lot of users reported bad call quality, sudden drop calls and no unlocking at all! This method is also available for specific iPhone models, iPhone 4/4S, but you should be very careful!

The official method is the only method that can guarantee you an iPhone AT&T Unlock and the best part is that it is a permanent solution for your cell phone. It does not taking into account the iOS/Baseband of your iPhone, it just whitelists the IMEI number of your iPhone and changes it to an unlocking state. This means that you will be able to update your iPhone to ANY iOS/Baseband version (Even on iOS 7 when it is released) and keep your iPhone unlocked. 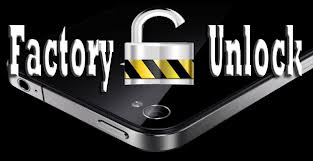 I have an iPhone 4 that I bought it 1 year ago, but I cannot use a different card to it. I need to travel off my country and they informed me (from AT&T) that I need to use their roaming service. When I asked them the cost, they told me a tremendous price, and that I cannot use a different card to it.
Will this method help me to use any SIM card that I want? Also when this unlock will happen, because I need to leave in the next 2 days.
Thank you!

When you purchase an iPhone from AT&T, you can get it with a 2-year contract, and during that period you can only use AT&T SIM-Cards. I agree with you that roaming services are extremely expensive and I advise you not to use them at all!
The Official IMEI Unlocking method we provide can permanently Unlock your iPhone 4 from AT&T carrier and allow you to use ANY SIM-Card you want worldwide. This means that when you are traveling, you will be able to use local SIM-Cards and keep your expenses to the minimum.
Our AT&T Unlocking Service is extremely quick, and it might take 12 to 24 hours. Most of the times it can be unlocked in around 12 hours.
Visit our IMEI Unlocking Page, and just fill up the required form (You need to know your IMEI number – Information are provided).
If you need any help with the ordering procedure, feel free to contact me anytime.