From the moment the iOS 10 became available to developers (And not only!), more and more iDevices are being upgraded to iOS 10 version.

Since these are beta versions (This is not only happening to beta versions, but also to early releases of iOS versions), many people complain about bugs and error codes, before, during and after the installation.

In this article we will focus on the following Error Codes (And it will be constantly updated with new fixes and solutions):

This is a common Error Code, not only for iOS 10 beta version, but for most of the other iOS versions.

The Error 14 Code is triggered when:

While in iOS 8 & 9, restoring from a backup was (and is) possible, in iOS 10 it is not allowed, due to a source code update.

In order to make a clear restore to your iDevice, you will need either Xcode 8 or tvOS installed to your on Mac.

This error code is also known as (not exactly the same, but very very similar) iTunes 17 Error and Error 3194.

Most of the times (If not all the times), this error code (To all its forms and names) emerges when there is a connectivity problem.

It will popup during an iOS upgrade, just like Error Code 14. The solution depends on the iPhone model, your iDevice’s jailbreak state and for previous hosts file alteration (Due to app installation or iOS upgrades/downgrades).

Check your local network and your ISP’s network:

During an iOS upgrade, iTunes is trying to connect with the correct IPSW file, to complete the upgrade. If this is a connectivity issue, make sure to check if your connection is ONLINE. Also, if you are on WiFi, make sure that it is stable, and if it is possible switch to a LAN.

Firewalls and Antivirus programs, always manage to apply some rules that will ruin our connection. You can check step by step if your Firewall or your Antivirus blocks any incoming or outgoing connections, but for a quicker solution, just deactivate them for the upgrading procedure (Then bring them back ON!).

I suggest this as a final solution, because you will have to make some editing here to a “sensitive” file.

Do a backup of the hosts file before starting editing it!!

Once you open the hosts fil, scroll down and find the first line that has gs.apple.com (or any other modification of apple.com). Delete only the line that contains the apple.com reference.

OTA iOS upgrade (Over the Air):

Make sure that you have a stable WiFi connection, go to Settings, General and Software Update.

This is not a very common Error, but being prepared for anything that might come, is always a good strategy! 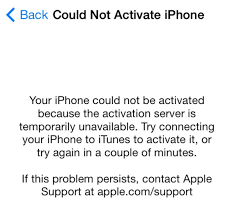 The iPhone Activation Error for iOS 10 beta version may appear with the following three forms:

There are 7 ways to come around the iPhone Activation Error, so lets start:

There is always the chance that Apple’s activation servers are extremely busy or a bit buggy (Due to the new iOS version), so waiting for a few minutes might actually fix this!

You can try removing the SIM-Card from your iPhone and then insert it again. (And restart the Activation procedure of course!).

This is the most common answer (not solution!) to any electronic device. If you inform anyone that your device is not working properly, he/she will ask you “Have you restarted it?”. So do it!

Make sure that your connection is stable, and that no programs (Firewall or Antivirus) block the gs.apple.com!

6 – Use iTunes for the Activation:

Connect your iDevice to your computer via USB, turn it OFF and then ON, and let iTunes to open automatically (Do it manually if it does not open). Once it detects your iDevice, it will start the Activation procedure (Follow the on-screen instructions).

If none of the above helped you, then you will have to make a full iOS restore. 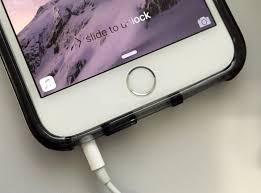 Lets list of all the known bugs/issues of iOS 10 beta version regarding the Lock screen:

For the time being, the only way to neutralize the above bugs, is with a restart of your iPhone. I know that this is not a permanent solution, but iOS 10 version is still extremely buggy. Most likely, the next beta version will fix everything!

There are plenty of apps that do not work correctly with iOS 10 beta version, and currently there are no fixes for them.

Again, the batter drain issue, cannot be fixed for the time being. It is not a matter of disabling applications or locations or notifications, the problem lies on the new iOS 10 source code.

Only a new updated beta version will do the trick!

Until then, be patient OR downgrade to iOS 9.3.2 version!