All Things You Must Know About CDMA iPhone Unlock

Is CDMA iPhone unlock any different from what we all know as factory unlock?

The answer is yes and no depending on what you think SIM Unlock is all about.
Well, let’s find out what happens when you unlock an iPhone from a CDMA Network. 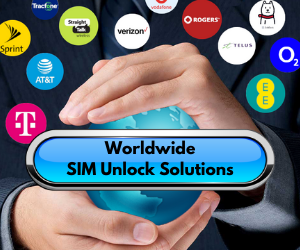 Initially, it would be good to understand exactly what CDMA means

When it comes to mobile networks

Long story short, CDMA is one of the technologies used by phones to connect to each network.

Opposite to GSM technology, they were developed alongside in the mid-1980s, and by the mid-1990s the CDMA may have been more advanced. However, GSM didn’t just catch up but has overtaken CDMA, especially since Europe and the rest of the world have chosen GSM as the necessary wireless technology for mobile networks.

Many but in the field of CDMA iPhone Unlock we are interested in only one which is at the same time the most important in general:

CDMA Networks don’t use SIM Cards.  Subscriber information is stored on the phone and this is a game-changer for SIM Unlocking.

Which Carriers are CDMA in the US?

So, although most carriers worldwide are GSM, only the US is one of the few exceptions. Until recently AT&T, T-Mobile and all of their MVNOs were the GSM track, while Sprint with Verizon and their own MVNOs were CDMA.

Since January 1, 2020, Verizon has abandoned CDMA technology and switched to the GSM team.

Although no one knows for sure when their own CDMA networks will do the same, odds are pretty soon.

Αs we speak, this is the list of all US CDMA Carriers.

When it comes to iPhones

Until the iPhone 7 Plus, there were versions that only support CDMA or GSM or both.

From iPhone 8 onwards, all wireless technologies (including LTE) are supported, although there are a few versions that DO NOT SUPPORT CDMA ANYMORE.

You can easily tell if an iPhone supports GSM since it will have a SIM Tray.
NO SIM TRAY = CDMA iPhone

However, it can be difficult to determine if an iPhone model also supports CDMA, as you should consult Apple on the model number, which always starts with A and is followed by four numbers.
Example: A2111, A1920, A1863, etc.

What Is CDMA iPhone Unlock and How Does It Work?

As everyone knows, the only way to use whatever network you want with your iPhone is to be SIM Unlocked.

But this is not entirely accurate. You see, the truth is that you can use all GSM networks.

The problem lies in the Carriers and not in the device unless it is a purely CDMA iPhone, which is quite unlikely after the iPhone 5s.

But what exactly do I mean?

As I mentioned earlier, CDMA networks do not support SIM cards. Even when the iPhone is unlocked you will need to ask for their permission to use their services.

So you can unlock a CDMA iPhone on all GSM networks but you won’t be able to switch to another CDMA Network unless they allow it.

Finally, when your iPhone is locked from a CDMA network, such as Sprint and its MVNOs, there are two ways CDMA iPhone Unlock

Needless to say, if your iPhone model doesn’t support GSM networks, you don’t need to unlock the SIM. Just stick with the CDMA network you’re currently using or go for a new unlocked iPhone that supports GSM.