Can I upgrade my Rogers iPhone to iOS 9 and Unlock it? 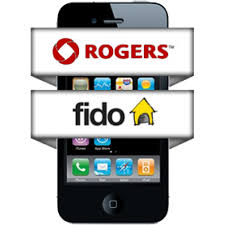 Apple has released the public version of iOS 9 (beta version of course) and it is very logical for questions to arise. Shall I update my iPhone to the iOS 9 version? Can iOS 9 version be unlocked?

Also, people want to know about specific Mobile Networks, not only in USA or UK, but from all over the word. One common question we receive is if people can upgrade their iPhone to the latest iOS 9 version and then unlock it.

We need to clarify when you need to be cautious while upgrading your iOS version in regards to your unlock status, which means that we need to explain you the difference between Jailbreaking and Unlocking.

There is a big difference between the jailbreaking and unlocking procedures. Each of those procedures help you with different issues.

Jailbreak allows your iPhone (or any other iDevice) to use third-party applications that Apple Store disapproves. After the jailbreaking procedure the Cydia application will be installed to your iDevice and the Cydia app icon will appear to your Home Screen. From Cydia, you will be able to download and install any application you want, but make sure that the applications you want to use are compatible with your iOS version.

Unlocking allows your iPhone to use any Mobile Network you want. Newly bought iPhones that have a carrier contract are allowed to use only that network. If you try to use a different SIM-card, a message will appear that will inform you that this SIM-card you are trying to use is not a valid one. By unlocking your iPhone, you will be able to use any mobile network worldwide! For instance, you can do a Rogers Canada iOS 9 iPhone Unlock and then use it with AT&T USA or even O2 UK carriers.

The confusion between those two terms, is happening because there is a method (Software Method) that uses an application from Cydia (Which means you need to jailbreak your iPhone) to unlock an iPhone. I will explain in detail all the available unlocking methods, so you can understand exactly which those methods are and how they work.

If you want to Unlock your Rogers Canada iPhone in order to use iOS 9 version, do a full IMEI Check and get an Unlock Suggestion to the cheapest and verified IMEI Unlock Provider.

Let me be more specific:

Those are the three unlocking methods and you can tell which supports a Rogers Canada iOS 9 iPhone Unlock and which doesn’t.

Why Software and Hardware methods do not support a Rogers Canada iOS 9 iPhone Unlock?

I want to explain in detail the Software and Hardware methods, how they work, what restrictions they have and if they will be helpful to you (For a Rogers Canada iOS 9 iPhone Unlock).

This method requires a jailbroken iPhone, which in the case of a Rogers Canada iOS 9 iPhone Unlock is not yet possible. The procedure is pretty simple; You must jailbreak your iPhone and then from Cydia, you need to download and install the Ultrasn0w application. This application (Ultrasn0w) is responsible for unlocking an iPhone, but it has limitations. It supports only up to iPhone 3Gs and up to iOS 6.1.6 version.The developers of Ultrasn0w are idle for the past 3-4 years and none expects from them to update it. Not because they do not care, but because Apple has a much more sophisticated security which patched all the exploits Ultrasn0w was using. So, if you try a Rogers Canada iOS 9 iPhone Unlock with software method, the result will not be an unlocked iPhone.

This is a specially designed card that must be squeezed inside your iPhone’s SIM-tray with the SIM-Card you want to use. Apart from the obvious danger of damaging your iPhone, the unlocking results are far from guaranteed. User feedback is terrible and also they do not yet support iOS 9 version. We highly suggest to stay away from that method, because you will most likely lose your time and money.

As I mentioned above, the Official IMEI Method is the only method that supports a Rogers Canada iOS 9 iPhone Unlock, because it uses a different mechanism. It is not taking into account the iOS version, the baseband version or the iPhone model of your iPhone, but it “aims” directly to the carrier that is responsible for locking your iPhone. Unlike the other two previous methods, Official IMEI Method is acceptable by Apple, which makes it legitimate and with guarantee results.  Check below why this method it being used by the majority of iPhone users:

The other two unlocking methods do not have the above features, which makes the Official IMEI Method your best unlocking option.

Some preparation is required, in order to make sure that you will have a Rogers Canada iOS 9 iPhone Unlock with permanent and guaranteed results.

You need to proceed at the following link, only if you know the above information (model, IMEI, Carrier and Blacklist status).